JACKIE BRUMMER: “I think that I’m a better person because of some of the things I’ve been through.”

On Monday night, North Tonawanda resident Jackie Brummer will be inducted to the National Federation of State High School Associations Hall of Fame.

How exclusive is this club? Michael Jordan hasn’t been invited. Neither has Tiger Woods, Roger Clemens or Joe Montana. Though Brummer’s achievements in her 43 years are absolutely mind-boggling, it’s a tough call regarding which is most impressive — what she has accomplished or what she has overcome.

In addition to the four state All-Around championships she garnered from 1979-82, Brummer’s resume includes three NCAA championships while at Arizona State, a school that was one of more than 20 gymnastics powerhouses recruiting her while she was in high school; two years on the U. S. national team; three Empire State Games titles; touring with Kurt Thomas as a professional gymnast and winning at the prestigious DDR Invitational in East Germany.

She’s an attorney licensed to practice in California and Colorado, as well as New York, a member of the Screen Actor’s Guild who has appeared in three national commercials, done stunt work on the TV show “Moonlighting” and as a body double for actress Heather Locklear in the movie “Return of the Swamp Thing,” a martial artist who participates in tai chi and holds a blue belt in kung fu, and a licensed skydiver who has made more than 200 jumps.

All while finding time to work with youngsters at Gleason’s Gymnastics in North Tonawanda.

“I feel like I’ve achieved a lot in life already,” Brummer said with a smile. “I have very few regrets. I think that I’m a better person because of some of the things I’ve been through.”

Life has hardly been all smiles and back slaps for Brummer.

As a 16-year-old, she lost nearly all of her photos and awards from high school plus the trip to East Germany when her parents’ Town of Tonawanda house went up in flames in the middle of the night.

“My trophies had literally melted down to nothing,” Brummer recalled. “But it taught me not to grasp or hold on to material things.”

Larry Goldsmith, who owns Gleason’s Gymnastics, was coaching Brummer at the time.

“Bad things happen to many people and we all have to work through some things,” he said. “When her house burned down she certainly wasn’t thrilled about it, yet there was still no stopping her. She was always laughing with a lot of energy and very achievement-oriented right from the beginning. Plus she was totally fearless.”

In 1997, she fell from a trampoline and suffered a painful neck injury and internal bleeding. The damage to her C5 and C6 vertebrae eventually required fusion surgery.

Two years later she was involved in a head-on car collision while driving about 55 mph in Niwot, Colo., near Boulder.

What followed were two years of physical and cognitive rehabilitation. In addition to serious injuries to her neck, back, head and hips, she had to relearn how to perform the simplest of tasks, like constructing sentences.

“My doctor said I’d never be able to practice law again but I’m still practicing law,” said Brummer, who earned her doctor of jurisprudence degree at the University at Buffalo in 1992 and currently does freelance outside counsel work both locally and for a Californiabased attorney. “This has made me tougher. I really believe I’m a changed human being for having gone through it all.”

“It all” started for her as a 7-year-old, when she began training with Kathy Gleason. “My dad [Harvey] had me doing handstands when I was very young and my mom [Delores] got tired of me doing flips in the house, so I got started in gymnastics at the YWCA.”

Both of her 69-year-old parents will be on hand for the ceremony Monday night when Brummer becomes the first athlete from Western New York to enter the NFHS Hall of Fame. Inductions are old hat to their daughter, who is already in the Sweet Home, Arizona State and New York State High School halls.

While many of her friends were outside playing, Brummer devoted four to eight hours a day to her training during her high school years. She won a sectional championship as an eighth-grader but was denied the chance to compete in the state meet because of the rules of the time.

“I didn’t waste any time,” Brummer said proudly. “I came home, got my homework done and went right out to practice. I had A’s and B’s throughout high school.” Her dedication resulted in a record-setting gymnastics career that lasted until she retired as a pro in 1989.

She spent eight years living in California, where her gymnastics training helped her get on screen. She earned $4,300 for a 21-hour gig for a “Moonlighting” episode titled “Eek! A Spouse!” that first aired on Feb. 9, 1988. She and another woman leaped from a balcony and were caught by actor Bruce Willis after jumping from a trampoline.

In “Return of Swamp Thing,” she wore a blonde wig and was hosed down with fire retardant as a double for Locklear. She met Motley Crue drummer Tommy Lee, whom Locklear was dating at the time, and got to throw bombs and fire a machine gun around the raging flames on the set.

Brummer had a 30-minute interview with Danny DeVito for stunt work in the movie “War of the Roses” but her height [5-foot-2] was about 6 inches too short to be an adequate fill-in for actress Kathleen Turner. “So they ended up giving it to a male who wore a blonde wig,” Brummer said with a laugh.

She filmed an international commercial for Gatorade and national spots for GTE and Control Kitty Litter.

“It was fun but ultimately not for me,” Brummer said of her acting career. “I had taken criminal justice in college and really liked it. So that steered me toward law school.”

After 10 years away from Western New York, Brummer longed for her roots. Since coming home she’s become an ardent skydiver and planned to perform five or six jumps during the Batavia Boogie event over this weekend before departing for the nation’s capital.

“Jumping is like floating through the air,” she said. “It’s just so easy on the body.”

Brummer has been a mentor for the USAG National Gymnastics Team and her passion for the sport still burns when working with young athletes at Gleason’s Gymnastics, which is one of Western New York’s hidden jewels in terms of helping to develop world-class talent.

“I have my mental moments sometimes where I need encouragement,” said 16-year-old Jenna VanDusen of Lewiston, who is also an All-Star soccer player at Lew-Port. “Jackie really helps me out with that. She’s very patient and will do absolutely anything for you.”

Goldsmith remembers Brummer as being “unbelievable” on the uneven bars and she now does a lot work coaching youngsters on beams.

“She’s used to being judged and that’s so valuable when she works with us to get a good score,” said 14- year-old Kayla Gray, a Nichols School student whom Brummer estimates could achieve elite status within two years. “She doesn’t yell at us at all but she’s still a really good motivator.”

“When she set her sights on something, she was going to do it,” Goldsmith said. “No matter what.”

Check out our Summer Class Schedule at the link below! 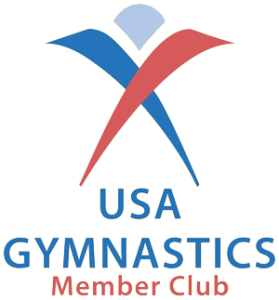